Whether you're waiting for someone, leaving your car outside a shop while you pop in, or simply trying to warm things up on a cold day, running your car's engine when you aren't actually in motion, an action commonly referred to as idling, is something that you should avoid. It's the kind of habit that is easy to get into, but idling can reduce the lifespan of your engine, increase the risk of repairs being needed, and see your monthly costs increasing.

Ultimately, your car is a machine designed to go mile after mile without a problem, and you can expect some modern models to reach well over 100,000 miles before needing to be replaced. However, idling makes reaching such a figure less likely. When you idle your engine, you might not be putting any stress on the tires, suspension, and other such systems – however, you well be putting stress on the engine, and that's almost certainly the most complex and expensive part of your vehicle. Whenever you use your engine, even if you aren't moving, you're pushing it further towards the point of failure, so there's no need to run it when you're going nowhere.

One of the more specific engine issues that can arise from idling is a lack of proper lubrication. When the fuel/air mixture enters an engine cylinder under normal conditions, it is compressed by the piston to generate combustion and drive the vehicle. When you idle, less gasoline evaporates, meaning that there's more fuel in the mix. That excess fuel can affect the oil that is necessary to keep your engine's internal parts properly lubricated. Compounding this issue is the fact that oil pressure tends to be low when an engine is idling.

Modern cars include numerous fail safes to ensure that they do not overheat, but this can still happen when you leave the vehicle running. Even modern vehicles rely somewhat on the flow of air that the vehicle meets while in motion to cool down the engine. There will be other fans used, but these are not always up to the job for extended periods. Without that flow of air coming into the engine, overheating can occur, especially if you're running lots of other vehicle components, such as the air conditioning.

Finally, keep in mind that idling still consumes fuel. Your vehicle won't use as much as it would if you were actually driving, but you'll still be consuming fuel with no pay-off. If you have money to burn, filling up your car and then leaving it to idle is a great idea. Of course, you'll also have to deal with the fact that you'll be adding pollutants to the environment for no real purpose.

Take you car in for a car service if you experience any issues.

Switching to an electric car

Switching to an electric car 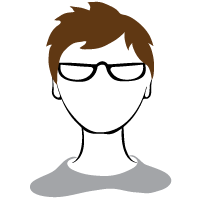 I have been wondering when to make the switch to a hybrid or fully electric car and I'm finally ready. There a lot more electric charging points around the place and there is a big range of car designs now available from all sorts of car companies. You can get any sort of electric car from a 4-wheel drive, to a sports car or a small city car. This blog has some information on the different types of electric cars that are on offer and some hints on how to make life easier when you make the switch to an electric car.